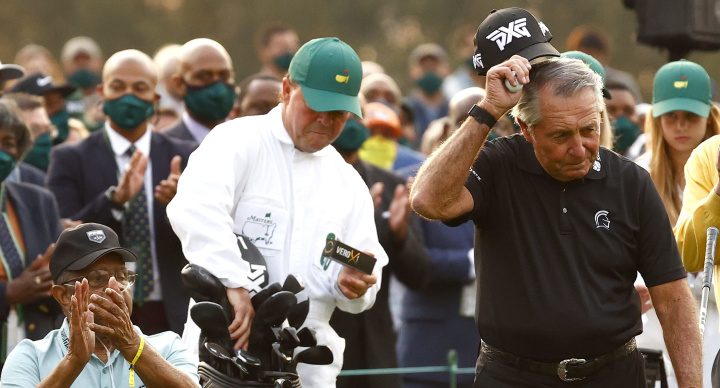 Wayne Player, son of the golf Hall of Famer, has been barred from future Masters for using a ceremony as an opportunity to promote golf balls, according to his brother Marc.

He was 'correctly banned' »